During development, cells undergo numerous tightly regulated differentiation steps that are each characterized by distinct changes in gene expression to ultimately generate all the different cell types in the human body. The correct temporal and spatial gene expression patterns in these cell fate transitions are controlled by enhancers: short DNA sequences that regulate the expression of their target gene from a distance. Changes in the enhancer landscape have been mapped in numerous cell states, but how enhancers function to activate their target gene remains enigmatic. Furthermore, within a population of cells, each single cell initiates differentiation at a distinct time point. What leads to the initiation of differentiation and how do single cells transition from one cell state into the next, closely related one? Our lab wants to understand how these transcriptional changes driven by enhancers are orchestrated on the single cell level.

We study how enhancers are activated and regulate their target gene in a highly controlled developmental system: The exit from naïve pluripotency. In this differentiation, mouse embryonic stem cells transition into a transient cell state resembling the late post-implantation epiblast. Though combination of next generation sequencing based approaches both on population and on single cells, imaging to follow transcriptional changes using reporters, and CRIPSRP-Cas9 based genome wide screening methods we will dissect this cell fate transition in detail. Through focusing on one cell fate transition we will gain deep mechanistic insights into cellular decision making that will inform regenerative medicine approaches in the future.

Christa Buecker studied Biology at the University Stuttgart. She joined Niels Geijsen's lab at MGH and Harvard Stem Cell Institute in Boston, USA to study human pluripotency. For her postdoctoral work, she moved to Stanford to study transcriptional changes and enhancers in early embryonic development in Joanna Wysocka's lab. In 2015, she started her own group at Max Perutz Labs. 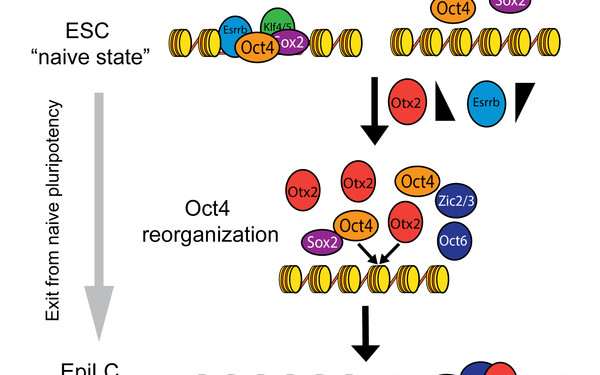 Enhancer reorganization during the exit from naïve pluripotency

Genome wide changes in the enhancer landscape during the exit from naïve pluripotency are driving by reorganization of the pluripotency master regulator Oct4 to newly activated enhancers through collaboration with Otx2. This work highlights the combinatorial nature of transcriptional regulation and builds the foundation to understand this cell fate transition in depths. 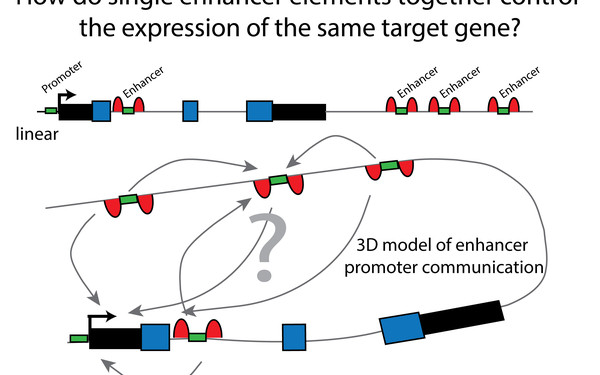 One name does not fit all: different modes of enhancer action in controlling target gene expression

Epigenomic mapping have led to the identification of numerous putative enhancer elements within one cell state and often multiple enhancers can be found in the vicinity of one putative target gene. But how are these enhancer elements working together? And do all enhancers activate their target gene in the same manner? We have dissected one such enhancer cluster during differentiation in detail and identified two distinct modes of enhancer action on the target promoter. 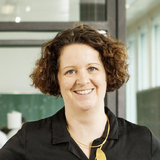 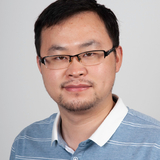 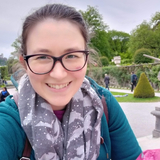 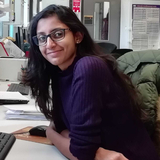 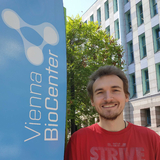 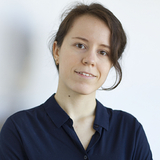 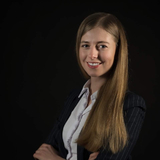 Reorganization of enhancer patterns in transition from naive to primed pluripotency.

Enhancers as information integration hubs in development: lessons from genomics.

View all Publications of Group Buecker

The Group Bücker is a member of the special Doctoral Program "Signaling Mechanisms in Cellular Homeostasis" reviewed and funded by the Austrian Research Fund FWF.