Max Perutz was one of a handful of pioneers who began something that has become so familiar to us: Molecular Biology. Born in Vienna, he studied in Cambridge, was later deported to Canada, and eventually found his way back to Cambridge. It was in Cambridge, at the world famous Laboratory of Molecular Biology, that he worked with John Kendrew to elucidate the structures of myoglobin and hemoglobin, proteins that transport oxygen. Together with John Kendrew, Max Perutz was awarded the Nobel Prize in Chemistry in 1962, and his work launched a new era of medicine. Beyond intellectual brilliance, Max Perutz stands out as an ambassador for science, a humanist, and as an inspiration for young scientists.

Max Ferdinand Perutz was born in Vienna on May 19th, 1914. Both his parents, Hugo Perutz and Dely Goldschmidt, came from families of textile manufacturers who had made their fortune in the 19th century by the introduction of mechanical spinning and weaving into the Austrian monarchy.

Max Perutz was first educated at the Theresianum, a grammar school derived from an officers’ academy from the days of the Empress Maria Theresia. Many years later he said:“I owe my first step to popularity to scarlet fever which I caught when I was fourteen. To disinfect the classroom, my schoolmates got three days off, for which they thanked me solemnly in a letter signed by the entire class”.

At sixteen, Max won the cup for his school in the skiing competition of the Vienna High Schools, and as a result of that victory his standing at school was transformed.

“For the first time in my life I was treated with a certain degree of respect. From then on our gym teacher always gave me top marks, but they happened to be the only ones in my otherwise mediocre school reports”. 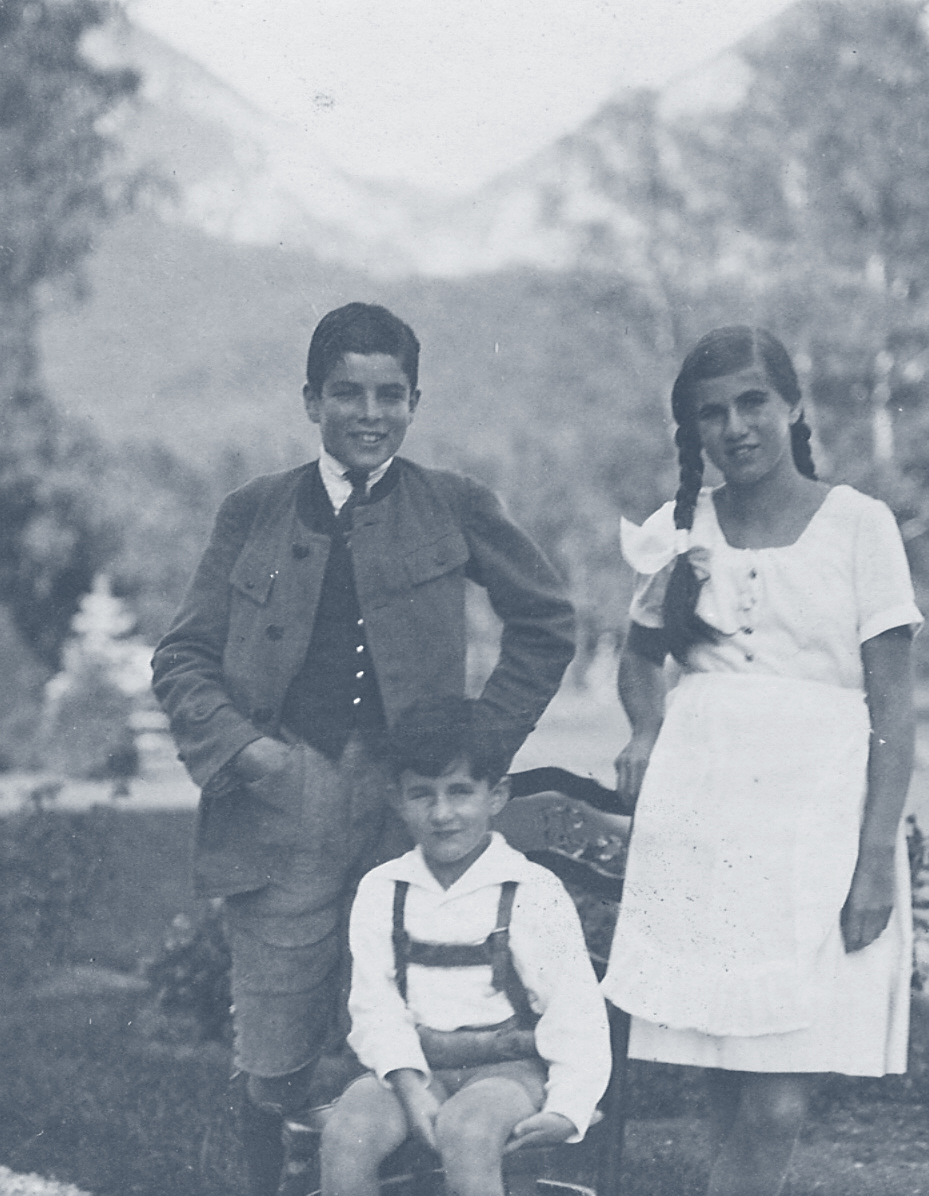 Max aged seven, with his older siblings Franz and Lotte, in Reichenau 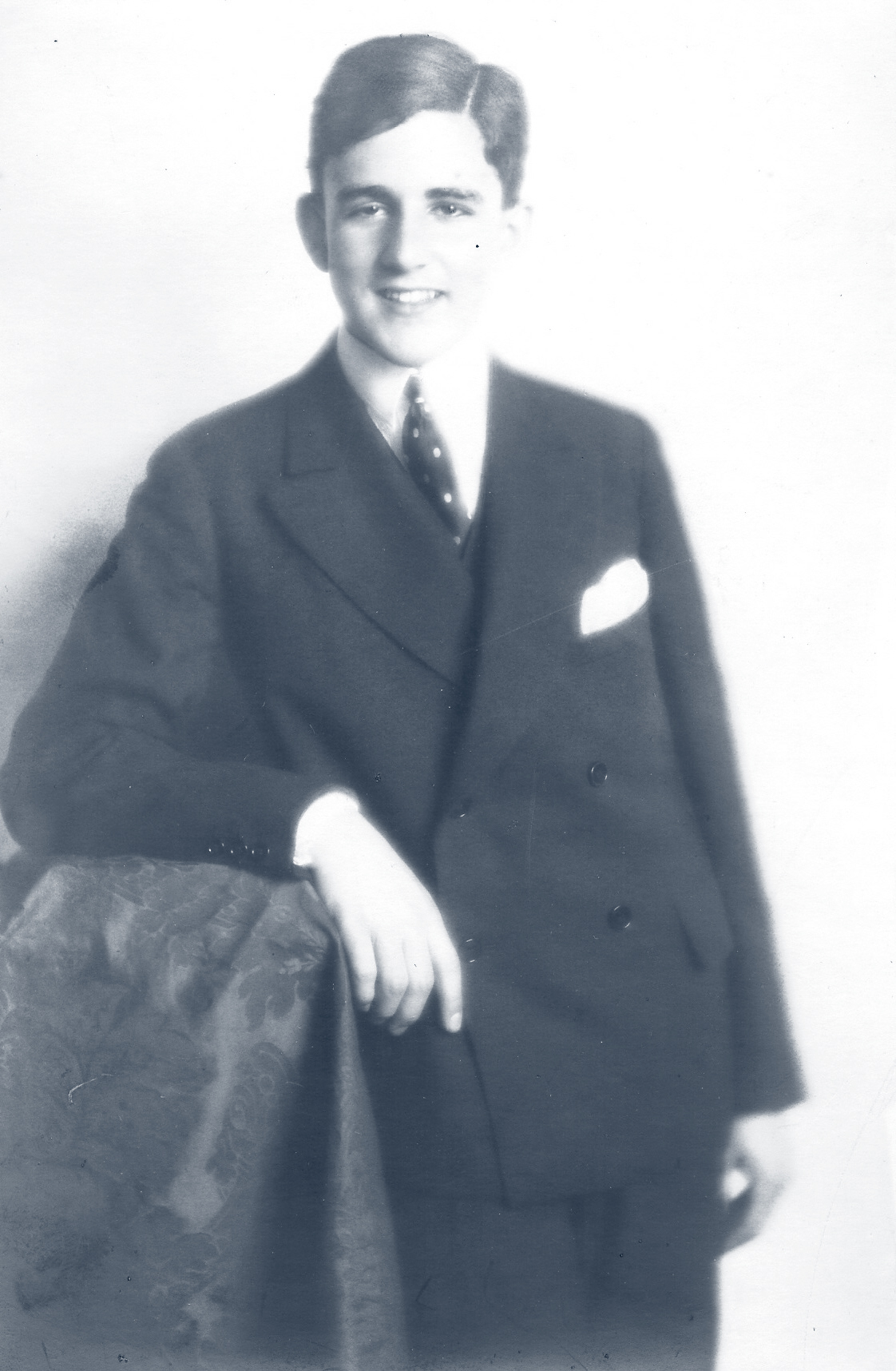 Pupil at the Theresianum, aged fifteen 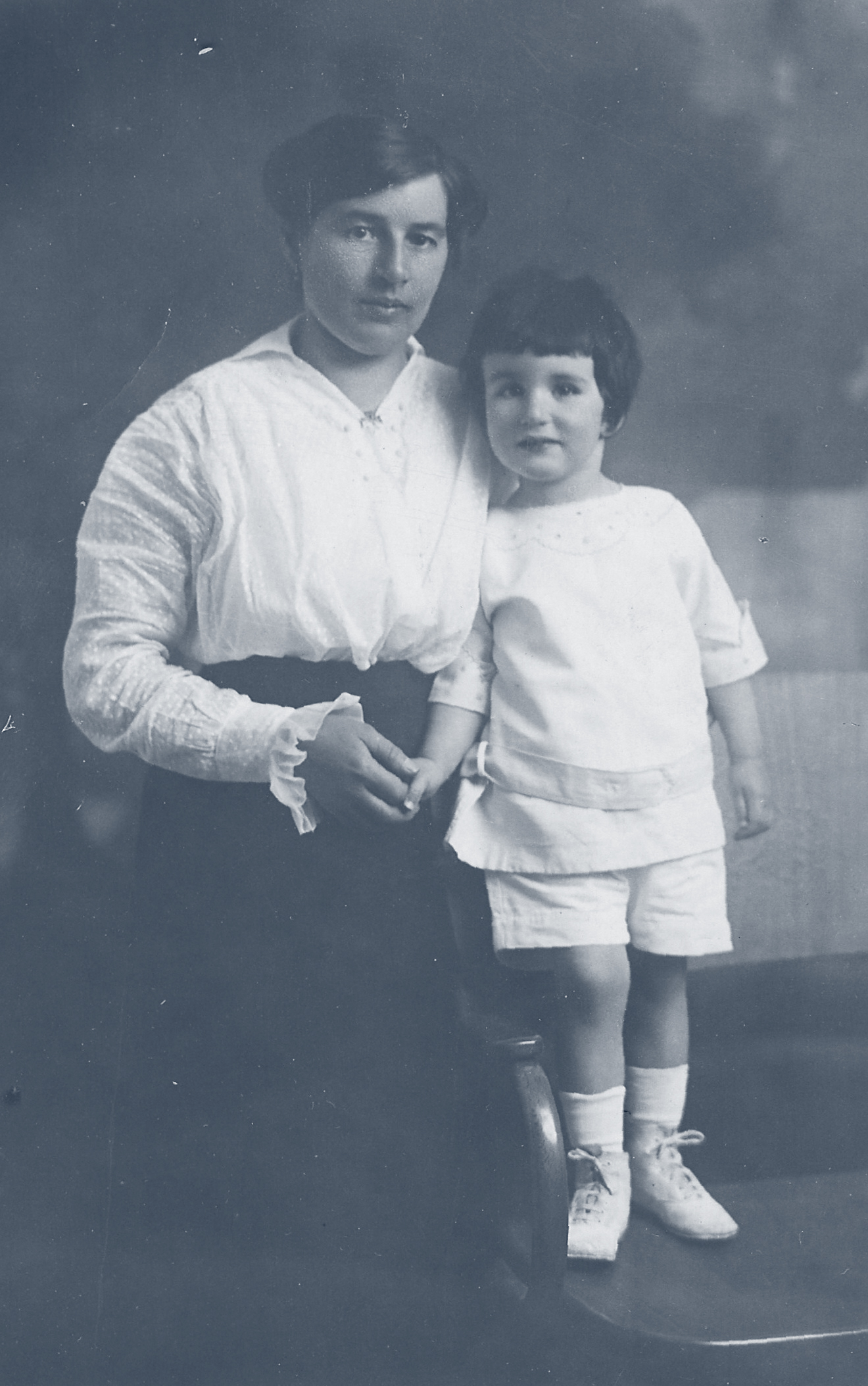 Max aged about two, with his Bavarian nanny Cilly Jetzfellner

Max was supposed to study law in preparation for entering the family business. However, a good schoolmaster at the Theresianum kindled his interest in chemistry, and he made this the subject of his studies at university.

Although largely disappointed with the way in which the subject was taught, he acquired a special interest in organic biochemistry, having heard about the work of the Nobel Prize winner (and discoverer of vitamins) Sir Gowland Hopkins at Cambridge.

His teacher, Herman Mark, visited Cambridge with plans to pave the way for Perutz to join Hopkins’ group. But Mark met J. D. Bernal, who said that he would take Perutz as his student.

»I owe my first step to popularity to scarlet fever which I caught when I was fourteen. To disinfect the classroom, my schoolmates got three days off, for which they thanked me solemnly in a letter signed by the entire class.«

One of Max’s many stunning mountain photographs, taken on a trip to the Swiss Alps, 1938 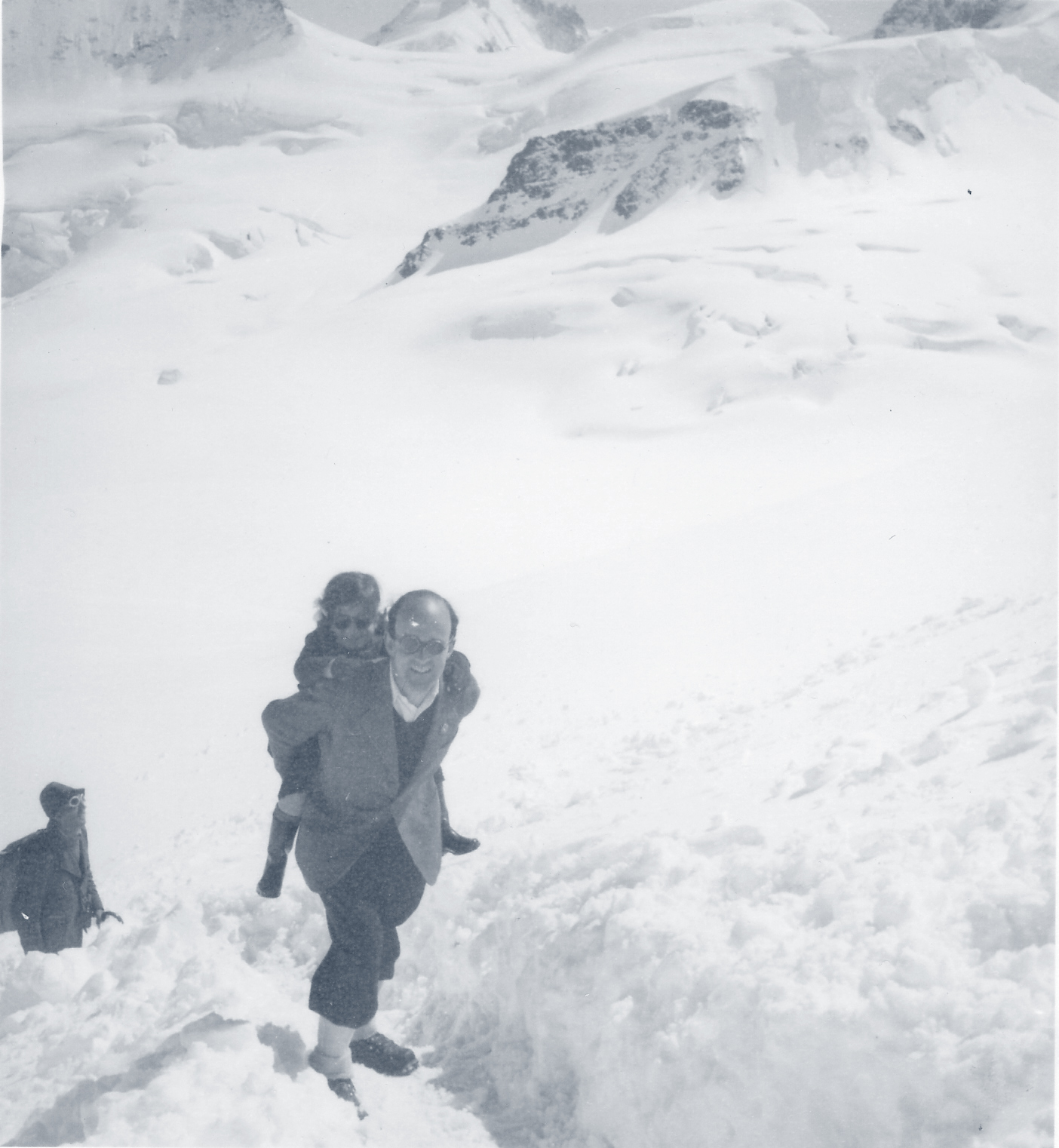 Max Perutz with his three year-old daughter Vivien during the 1948 Jungfraujoch expedition.

Mountains played an important part in Max Perutz’s life. He had a great passion for mountaineering and skiing. Barely a year passed without a visit to Austria or Switzerland. He also led courses in alpine skiing for his friends. 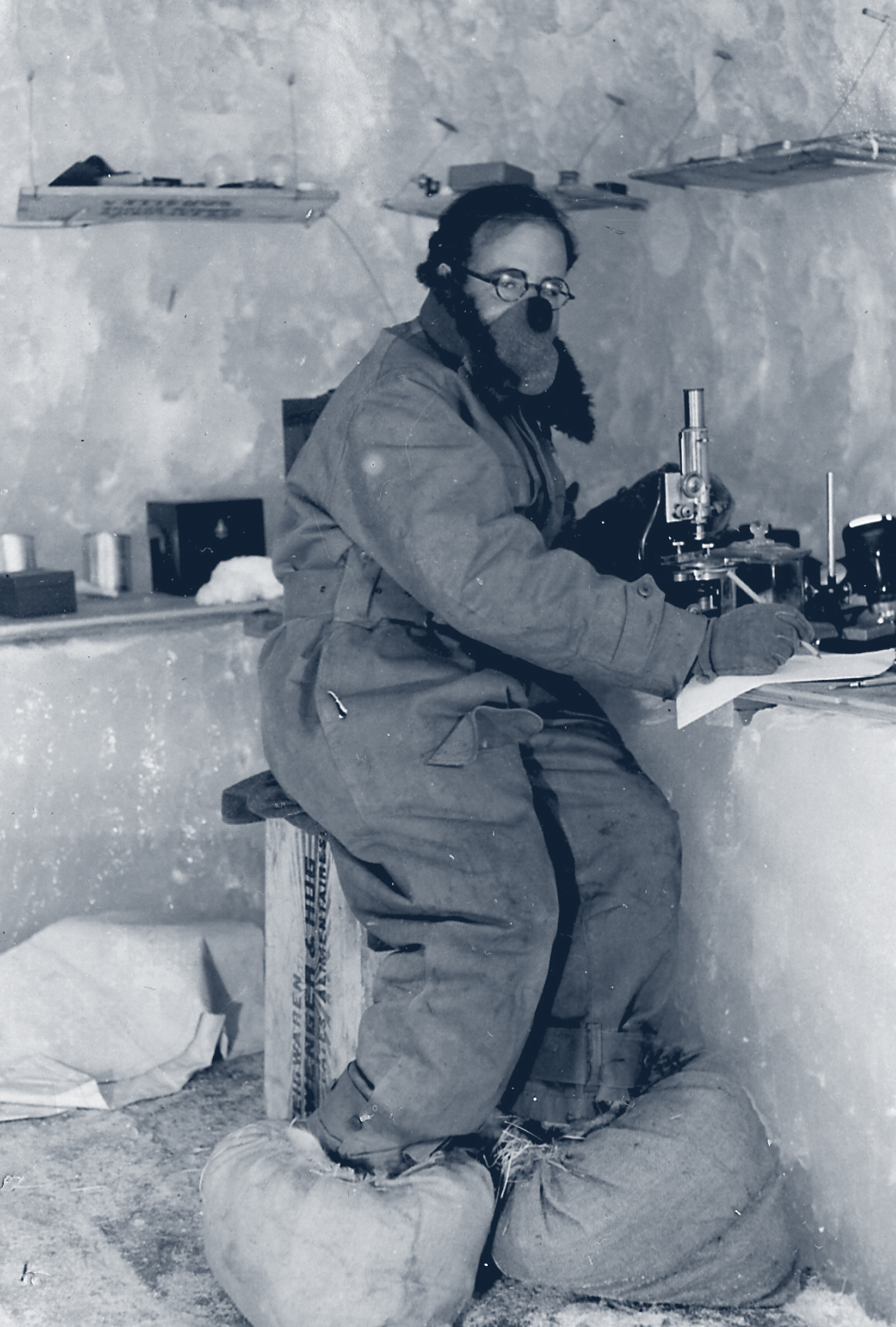 Max Perutz with a polarizing microscope examining thin sections of glacier ice in a cave in the Alps, 1938

From his early twenties Perutz had a deep interest in glaciers. How do glaciers flow? Does this occur like honey flowing out of a tilted container, or is there some other mechanism? More or less as a hobby, Perutz, examined this problem and proposed that they behave like a ductile metal (such as aluminium when it is rolled into a sheet), a story to be published in Nature in 1953. In honour of his contributions to glaciology, a glacier in the Antarctic was named after him (Perutz Glacier (67°36′S 66°33′W) on the west coast of Graham Land)

Perutz Glacier on
the west coast of
Graham Land

In 1946 Max Perutz was joined in Cambridge by John Kendrew, who set out to work on myoglobin, the much smaller one-chain cousin of haemoglobin. Both spent several years collecting huge amounts of data and using the intensities of the reflections to calculate contour maps (Patterson maps), hoping that these would allow them to determine the haemoglobin structure.

The approach failed. Provoked and inspired by a graduate student (Francis Crick), Perutz decided to attack the so-called phase problem from a different angle. 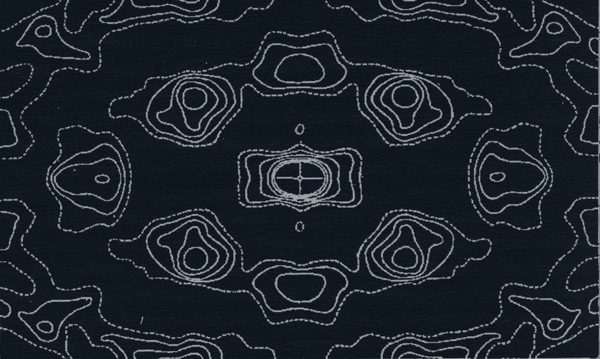 Diffraction photograph of oxyhaemoglobin and the famous haemoglobin model.

The breakthrough came in 1953, when Perutz and Kendrew managed to soak a heavy atom (mercury) into their haemoglobin crystal. From the difference produced in the diffraction pattern Perutz was able to deduce the phase of the reflections. To this day, the isomorphous replacement method is still widely used to determine the crystal structure of proteins.

Max Perutz completed the low-resolution 5.5 Å map of haemoglobin in 1959 and a high-resolution 2.8 Å map in 1968. For being the first to successfully determine the structures of complex proteins, Perutz and Kendrew were awarded the Nobel Prize for Chemistry in 1962. 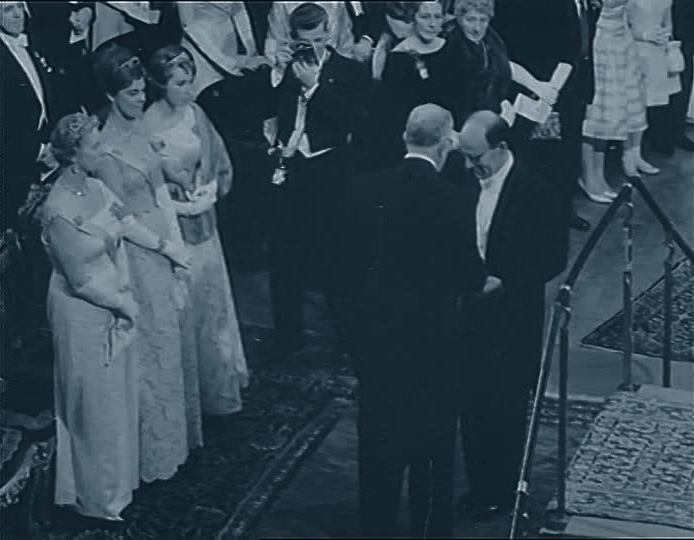 Max Perutz and John C. Kendrew receive the Nobel Prize for Chemistry for their studies of globular proteins.

Max F. Perutz with his first high-resolution
model of haemoglobin.

For Max Perutz the challenge continued. To understand the oxygen-binding function of haemoglobin, he needed atomic models of both the oxygenated and deoxygenated forms of haemoglobin. This required measuring several hundred thousand reflections.

Perutz and his collaborators completed it in 1970, about thirty-three years after he had taken the first X-ray picture of the molecule. He proposed a cooperative mechanism with the different parts of the model swinging back and forth between the two forms. It beautifully illustrated, and refined, the mechanism of conformational change (or allostery) postulated by the French biochemist Jacques Monod. 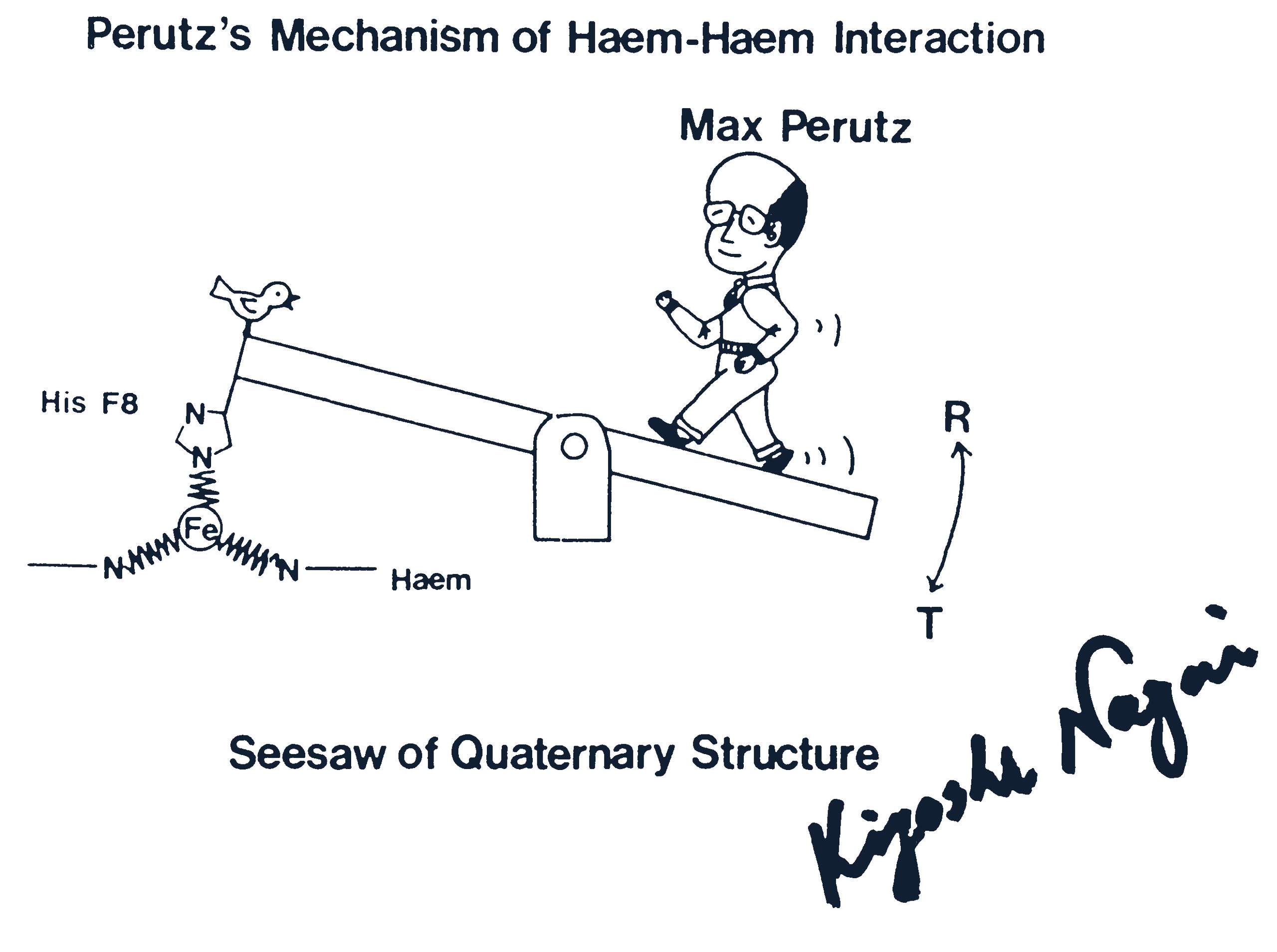 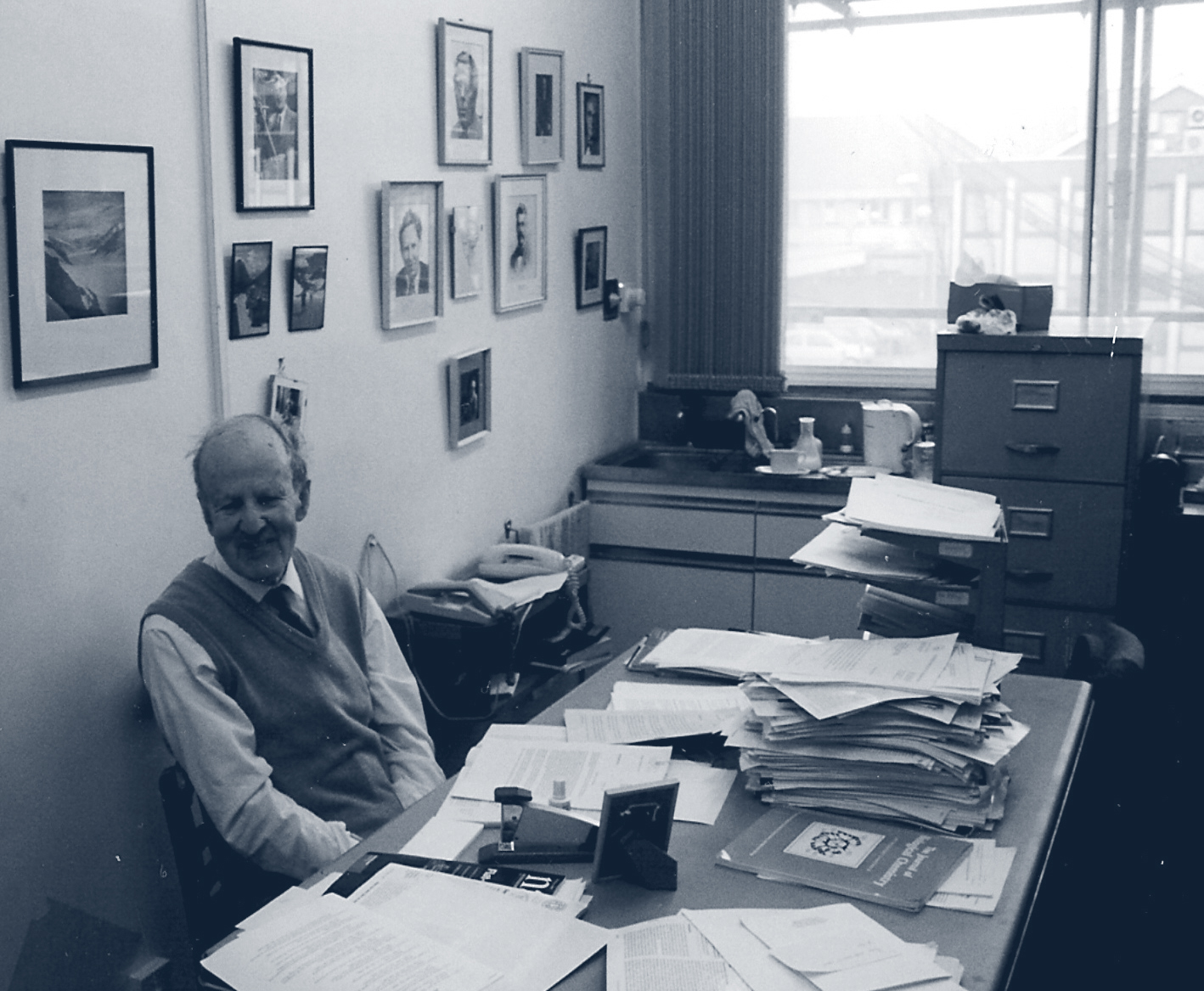 After he retired as Chairman, Max Perutz kept an office at the LMB in Cambridge, the wall hung with portraits of his scientific heroes.

Approaching his eightieth birthday, Max Perutz took an interest in Huntington disease, a neurodegenerative disorder caused by abnormal expansions of glutamine repeats in the mutant protein (later called huntingtin). He proposed that proteins with long runs of glutamine residues would form aggregates harmful to the cell. Max Perutz led by example and carried out his own experiments at the bench well into his eighties.

When asked in a BBC radio interview what luxury he would
take on a remote island, 87-year old Max Perutz answered:

I am indebted to Georgina Ferry (Oxford) for valuable advice on Max Perutz and permission to use excerpts from her biography. Many thanks to Vivien Perutz (Cambridge) for allowing us to reprint pictures that are owned by the Perutz family. Kyoshi Nagai (Cambridge) has kindly contributed the cartoon.