Congratulations to Stephanie Ellis who has received the 2022 Vallee Scholar Award from the Vallee Foundation. The career development grant aims to support outstanding junior faculty carrying out basic biomedical research and will help to fund Stephanie’s work on cell competition over the next four years. 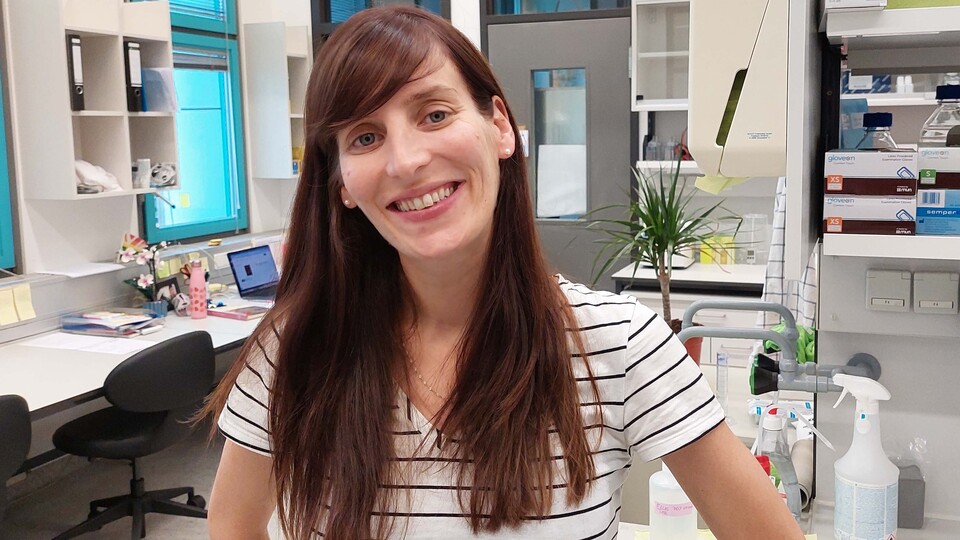 The tissues that make up our organs are not as homogeneous as they appear. In a series of discoveries over the last 20 years, scientists have revealed that they are made up of mosaic populations of cells in which fitter cells eliminate their less-fit neighbors in a process called cell competition. The phenomenon acts as a quality control mechanism during development and helps maintain healthy tissue in adult organs. The study of cell competition is also of great medical significance in terms of understanding how healthy and diseased tissue compete in human diseases such as cancer and rare genetic disorders.

Stephanie Ellis joined the Max Perutz Labs in early 2022 to study the mechanisms of cell competition in skin tissue. She obtained her PhD from the University of British Columbia and did postdoctoral research in the lab of Elaine Fuchs at Rockefeller University, where she established the skin epidermis as a new, physiologically relevant model for the study of cell competition in mammals. “With the funding that comes with the award we will be able to support our first project, which aims to elucidate the role of cell competition in X-linked diseases”, says Stephanie.

The Vallee Foundation was established in 1996 by scientists Bert and Natalie Vallee. Born in Germany, Bert Vallee received his M.D degree from New York University and later held faculty positions at MIT and Harvard Medical University. His research focused on zinc enzymology and the study of the molecular basis of alcohol abuse. He met his future wife, Natalie Kugris in 1943. Natalie studied biology at Boston University and became Professor of Biology at Lesley College and later lecturer at Harvard University. With no children and living frugally, the couple decided to invest their money in a foundation to promote dialogue between scientists around the world and advance the biomedical sciences. “I am excited to become part of the Vallee Scholar community and look forward to exchanging ideas, networking and collaborating with this international community of outstanding researchers”, Stephanie says.

About the Vallee Foundation